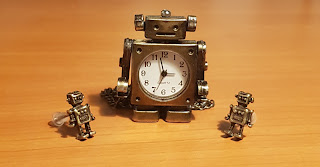 Rather than working from home and interrupting my flow later for any appointments, I travelled in the morning, found a cafe and wrote until my scheduled social time. I did notice some advantages to being out and unable to chill on the sofa or nap. The problem was perhaps a little too much writing time, not enough breaks, and too much coffee! I switched to herbal tea by Wednesday.

A friend, who is also a writer, suggested that I try using a number generator to decide what chapter to work on and get a better overall picture. I found this intriguing. It didn’t initially work for my WIP, but I accidentally ended up writing the start of chapter 10 later on and had to go back, needing some earlier details. It did actually help to have a clearer point to work toward. I will try this exercise again with editing.

To appease by rage against routines and see if it would help some stalled sections, I took a day of only editing, then a day of only WIP writing. On Friday, I considered going back working on both, but a delay in starting and excitement while writing led to only working on my WIP.

Sharing writing experiences with my friend helped me to see more clearly about how well I have been doing and that some things need time before they can be written well. I also have to remember that God is not looking at my word count, but how I approach my work and look to him.

I’ve found that my favourite seat in a cafe is at the window and I prefer a view with a corner. This provides some varied views for me to blankly stare at as I consider how to word something or what should happen next. Of course, it also provides a little entertainment. (10 emergency vehicles at the building opposite one cafe did get me rather curious.)

Even without caffeine, I felt a little wired. I realised that I haven’t been giving my mind enough of a break from my stories. To solve this, I took the evening off on Thursday and played The Sims. This did make me feel refreshed on Friday, ready to write and find new ideas for my WIP.

As promised, I’ve tried to keep a better record of terrible writing I’ve edited this week.


The hand must move up as a nervous reaction with his sad eyes.
Must it? This was actually in the middle of a few references to a character scratching his head, which all confused me until I realised at the end of the scene that I had been attempting some kind of foreshadowing. Obviously it wasn’t working, and so needed to be cut.


His eyes try out a hula exercise again at this comment.
An attempt at colourfully describing someone rolling their eyes, most likely thinking of hula hoops, not skirts. But again, like sip, it is terribly difficult to find other ways to write this action. Any good examples you’d care to share?


I’ll just wait for a nice quiet moment when that camera is facing this way.
No camera had been mentioned before this, which is why this line was odd. Perhaps an earlier draft had a camera, but not the current one.

Things Enjoyed (aka, The Weekend):

Visitors on Saturday had fun with us, trying blind tastes of coca-cola and pepsi. It was decided that pepsi is sweeter, but that makes most of us prefer the other, while some felt price was more of a decider.

Weekends are always full of meeting people and eating good food. I was careful to find moments to relax by reading, though. I finished one book (The Museum of Things Left Behind by Seni Glaister) and started a new one (She Lies in Wait by Gytha Lodge). From comedy to mystery/thriller!

To end my weekly update, here is a short story for you, inspired by an emailed prompt: Write a story about a world where every family has an assistant robot. Write it from the perspective of the robot. 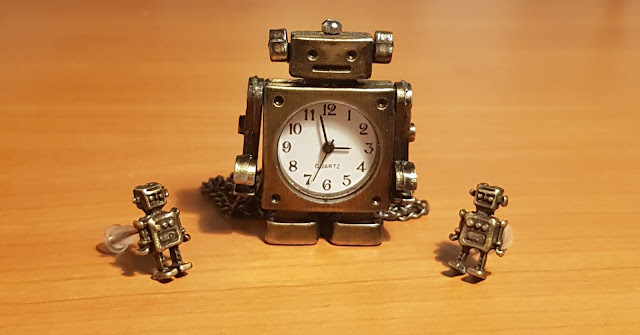 “Seven thirty A.M. It’s time to wake up, Ryan. Ryan, are you awake? Hmm, it seems that you are not. Then, I will pull the covers off your body to help you feel the morning air.” Robert rolled closer to the bed, but just as his arm lifted up to stretch out and clip onto the blanket, Ryan answered him. “No, Robert. I command you not to that.” Roberts eyes flickered. He just needed a second to connect that speech to his inner programming and then he had his response. “You also commanded me not to wake you up at seven thirty each day, but I must follow my directives.” Of course, Ryan must know that Robert couldn’t go against them. This must be one of Ryan’s ‘jokes’. Still the definition that Ryan gave did not match the one in the dictionary, or the examples he could access in the Personal Robot Directive Manual.

The blue, clawed arm extended out from the black elbow and Robert snapped the blanket onto the floor. Ryan groaned long and hard. Robert could not find a meaning in this sound. “Get me some coffee, Robert.” Again, the eyes blinked off and on, “I cannot do such a thing. Caffeine is a drug and as such is not allowed until one reaches the age of 21. Just like cigarettes, alcohol, s-” A pillow, while no match to his reinforced plastic body, plopped against Robert’s circular head, causing the immediate reaction to veer back a foot and scan the room for unidentified dangers. “Fine, I’ll get it myself.” Ryan rolled up his torso, swung his legs round and bounced his body to the upright position needed for walking to the kitchen. This was the moment Robert had been waiting to witness, but his scan was not complete and took priority over the minor fascination he felt over elegant human movements. There would be another viewing tomorrow.

With no dangers lurking in the corners of Ryan’s room, Robert did a three point turn to trace the steps of his ward. He boosted his vocal volume to reach the kitchen: “If you are looking for the bag of contraband you left in the cupboard, it is not there.” Reaching the kitchen and viewing Ryan at the cupboard, Robert recorded that his logical line of reaction was correct and lowered his vocal level to match the larger size of living space. Ryan slammed the cupboard, causing Robert’s inner workings to re-calculate incoming sound absorption and survey for any damage. None. The green light under Robert’s head flashed twice to indicate all was well. “Robert. Who told you to look in my cupboards?” No time was needed for the answer: “Your mother.” Robert kept his vision on his now six foot five companion, a stretched out version of the recorded image he’d first been assigned to. “What is the point in moving out for college, if I can’t even be independent?” This question came with another loud noise that delayed Robert’s ability to respond before Ryan was voicing his thoughts clearly once again, “Robert, go away.”

The calculation seemed instant in human time and space, but to Robert it was much longer than most. “Where to?” Ryan sighed. Another reaction that Robert could not assess. “Wherever you can go that doesn’t bug me, but matches your directive.” This was easy to reply to, “Such a place does not exist,” and Robert could even add one of Ryan’s style of jokes, “unless I were the one to have less existence.” Ryan smiled, “Now you get a sense of humour. Robert, how would a person turn an assistant robot off?” Robert weighed his responsibilities for honesty and self-preservation. Then he dutifully answered, “If an assistant robot’s head is unscrewed, a human will find the buttons to override voice or movement capabilities.” Robert viewed Ryan approaching, then heard the squeaks of metal turning against metal and a moment after, the room turned upside down. When it fixed itself, Robert noticed the red flashing under his head. No matter how high Robert pushed his vocal levels, Ryan didn’t respond to his warnings and Robert was unable to accompany him on his daily tasks.

A few days passed in the kitchen without even a breakfast visit, until one day Ryan picked the little machine up from behind, “Got some friends coming over. Don’t want them to feel watched.” Robert was set down in front of the bed, just at his usual morning spot. Perhaps tomorrow, if his battery didn’t finally drain down, he’d get to see Ryan wake up and use his body to its full potential.
#amwriting #firstnovel #fulltimewriter #needtowrite #WIP #writergoals #writingchallenge blog creativity short story South Korea storytelling The Sims