While later than originally planned on a few days, I went up to a path in the mountain each morning this week. This never disappoints, but sitting on a rock in my favourite spot with the sun shining made for a lovely way to wake up.

I made a friend! On my way down from the forest path in the mountain each day, a few of the older Koreans, who seem to make this their regular exercise, noticed me and I even heard a muttered ‘oh, pretty girl’ (flattering translation may not be fully accurate). Well, one particular ‘Halmoni’ met my glance with such a lovely smile that I had to vocally wish her a nice day. Each following day, we would greet each other as I went up and down, past her stretching spot.

Writing agenda on day 1 was to check through the few already completed chapters of my WIP. Reviewing my writing is in the good section because I was rather surprised at how much I enjoyed reading these chapters. I even chuckled out loud a few times. I was also pleasantly surprised while writing during the week as new ideas for settings or plot came about.

Editing my First Novel also went smoothly and I completed my goal of 2 chapters almost every day, even when this meant staying up late.

I ended up committing myself to a social appointment almost every day this week. Despite fears that I might not be able to complete all my intended writing goals because of this, I was able to, and of course had a great time with everyone I met. Highlights from this include turkish wraps, the Seoul version of Chipotle, good old sarcastic humour with people who get it, interesting debates about God and updates from fellow writers who have become close friends.

With it being the start of the holidays, on Sunday night before starting this diary, I gave into the urge to play The Sims. I am not ashamed of my love for this game (students in my recent writing class know this well), but I did get carried away with ‘just one more day’ or ‘when this sim gets a promotion I’ll stop’. At about 1:20 am, I did stop. More from sore eyes than accomplished goals. This made my 7:30 am alarm just a distant rumble that I slapped into silence. Thankfully, my husband’s goodbye kiss 20 minutes later came at a better time in my sleep cycle. While I thought I might just sleep a little longer, I was alert enough to remember I did really want to start the week with a little time in the mountain.

A few days of late night editing, to make sure I didn’t fall behind schedule, made me snooze through a few early alarms and take a couple of naps during the day. This did mean that I didn’t get full chapters of my WIP finished each day, as I had optimistically hoped, but I did get good word counts. I’ll have a lot of editing to do on this one!

Friday was a struggle. I was tired from editing late into the previous night and restless with the same activities all week. What actually affected me most, though, was the desire to have it all done and make this month count. This had affected me on Monday, but it consumed me on Friday so that I felt too guilty to rest longer and editing became a vague readthrough. I woke up on Saturday morning knowing I needed to re-edit the only section I managed to get through on Friday afternoon. At least this time I knew what to do and was excited. The only problem was no time!

I’m not sure if this point is bad, or just normal. I’m reading through Isaiah and while some chapters contain brilliant pictures and concepts, I have to say that for most of the week I was clueless. I’m not disappointed, since I expect this when reading complicated books. I did actually have a great time praying about not understanding and asking if a verse or two meant what I thought they did, or if I was putting some of my own meaning onto it, in looking for something to take away from the time. Reading the Bible does take a lot of patience and I’ve often made the mistake of getting frustrated when a passage hasn’t spoken to me. It’s not about how the Bible speaks to me, but rather what I can learn about God from taking time to be with Him in His Word and in prayer.

I said that editing went well, but that doesn’t mean I was impressed. There was a lot of deleting and re-typing!

A few gems of shocking writing include “my earlier eyebrow practice has helped now” and “my sister’s making eyes at me”.

I can’t give you context or evidence of my improved sentences, but rest assured the new sections make a lot more sense and don’t evoke so many groans. I’ll try to keep a better note of any more stunning lines and entertain you with them in future updates.

P.S. What other ways can you say ‘sip’? This was a challenge in my First Novel! Managed to cut all but one, however, I’m worried I’ll need more replacement phrases soon.

On Saturday, my husband and I agreed to chill with our friends’ kids for a few hours, so this meant a lot of playing and not so much writing. I woke up with clarity on some editing issues, but actually ended up starting a short story based on a prompt from a writing website I’d subscribed to. I didn’t get too far, since we had to get ready to go by 9:20 am and I’d once again stayed up late with my First Novel, but I grasped the overall concept and was curious about where it could go. Writing an extra story each week seemed like it’d be overkill on my creative resources, but instead, it might be a great refreshing exercise, as intended.

After arriving home and eating some dinner, I went back to my First Novel to complete those edits. I ended up only one chapter behind in my editing process.

I wasn’t able to finish that short story, but I did complete this: 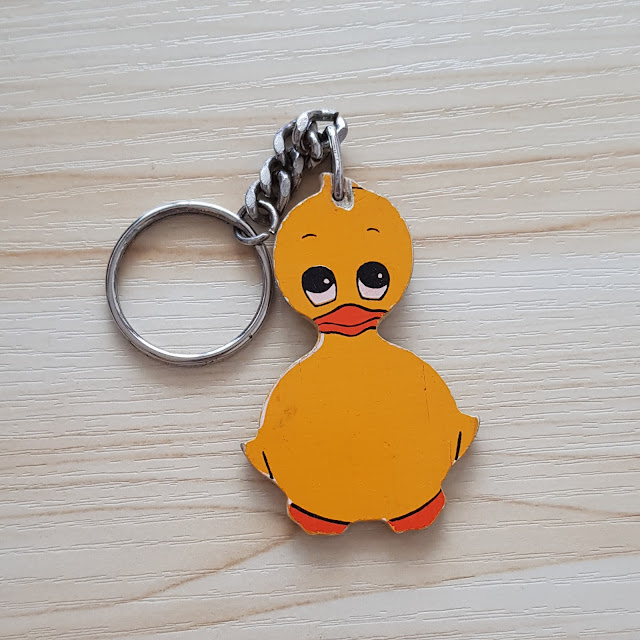 Jacob was running late. Nothing unusual there. “Keys!” shouted Tilly, followed by, “Phone! Wallet!” Jacob dropped his backpack. A quick search in the front pocket confirmed the last two on the list, but where were his keys? “What were we doing yesterday, Till?” One hand holding the mascara brush, the other holding her phone, Tilly leaned out the bathroom and waved at the boxes littered across the floor. “Do I need to take you to a head doctor?” Till rolled her eyes and went back to her tasks. Keys. Where were the keys? Jacob lifted napkins, plates and cutlery off the kitchen surfaces. “Till, what time do you leave?” A take out box reminded him they’d ordered in, not picked the meal up, so he’d have had no reason to take the keys to the kitchen. “In thirty minutes.” No way he could wait that long. They definitely needed their own sets. Finished with the mirror, Tilly joined Jacob, now rummaging in the couch cushions. “We never sat there last night; just went straight to bed.” She was right, so Jacob stood upright and went back to the entrance way. “We need a table around here. Or some hooks.” Tilly kicked a box close by, labelled hallway. “Tonight?” Jacob suggested. Tilly shrugged. “What are you looking for, anyway?” Jacob pointed at the door handle. One selling point for the house had been the newfangled lock that granted entrance with a code, leaving them with one less thing to worry about losing.