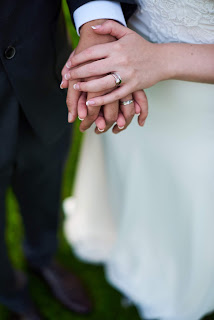 #weddingstories has had a bit of an extension. It was a rather big challenge to assign myself while in the process of intercontinental wedding planning. While I didn’t have a set deadline for posting all stories, it was labelled as my 2016 challenge and it seems that those five months of early marriage, mixed with moves to new cities and jobs did not produce finished stories for the blog. If something had been posted in that time, though, it would have been as uninteresting for you as it was for me in my attempts at pushing something to fit in the brief. While feeling guilty about not completing a self-set task, I hadn't quite appreciated that a little time after the events would give valuable perspective to write better stories for these testing points of view.

Well, the wedding has come and gone so far that we are soon approaching anniversary dates. ‘Dates’ because with a multinational relationship comes multi-location celebrations. In the last few months, the stories have come together with careful thought about those tricky ‘you’, ‘I’, ‘we’, ‘he/she’ perspectives. Four new POV focused wedding writings are in the editing stages to complete the collection of the #weddingstories between the anniversaries this month (15th August) and next (10th September).

Five days until our first anniversary date: I hope this is a nice tribute and thanks to my husband. I suppose if I print them out for him, it can be a good paper anniversary gift.


P.S. The pigs on twitter and instagram are nothing to do with the stories; just a fun way to count down to the new stories and inspired by spending time with my nephew.
#amwriting #expatlife #anniversary #auntyinspiration #weddingstories